Stanwick Camp – A Thorn in the Foot 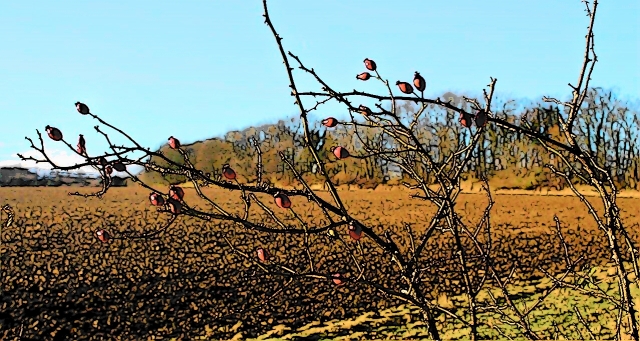 HUSH and hide behind this bank of briars while cavalry passes. Petilius Cerialis has sent his army north from York to conquer the Brigantes and drive young warriors from their fortress. Hear the clank of iron and snorting horses. Rome never looks where she treads. Always her heavy hooves fall . . .

The imagination is a chaotic place to visit. Sometimes it can lead the unwary along dark tunnels or into blind, repetitive alleys. It can sweep you up and carry you along like the brown waters of a flooded river. It refuses to sleep. When your body rests, your imagination roams unfettered. It’s always one step ahead, but not necessarily in the right direction. And it’s roaming now.

Less than four miles from my house lies a collection of earthworks and ditches that historians believe was the capital of Brigantia – the largest of the Celtic kingdoms of the late Iron Age and Roman period. That’s where I’m heading, boots clumping at marching pace.

Brigantia occupied what is now Lancashire, North Yorkshire, County Durham and eastern Cumbria, give or take a few hills and valleys. Its tribal capital was said to have been Stanwick Camp, an enclosure of 740 acres (300 hectares) and four miles of ramparts, situated at the foot of the Pennines, in North Yorkshire between the River Tees and Scotch Corner. It’s an intriguing place, and I can reach it in just over an hour if I march faster than a legionary. 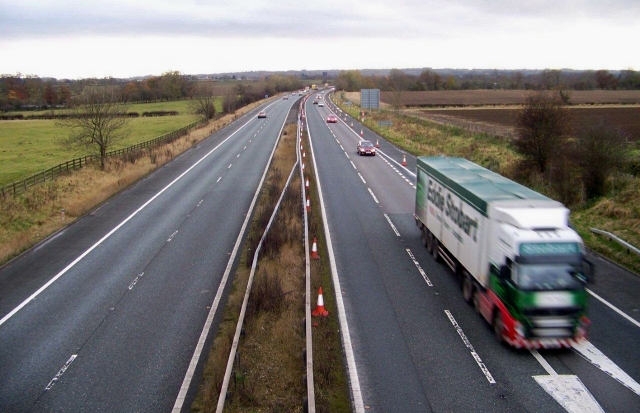 So I’m off across fields and along footpaths, passing over the Great North Road on one of those bridges built for farmers, and into the briar banks and pasturelands of Brigantia. Must keep moving because the Ninth Legion is pushing north. This is AD71, after all. Isn’t it? Imagination is a curse when the gremlins have cranked it up a gear and it’s two steps out in front. 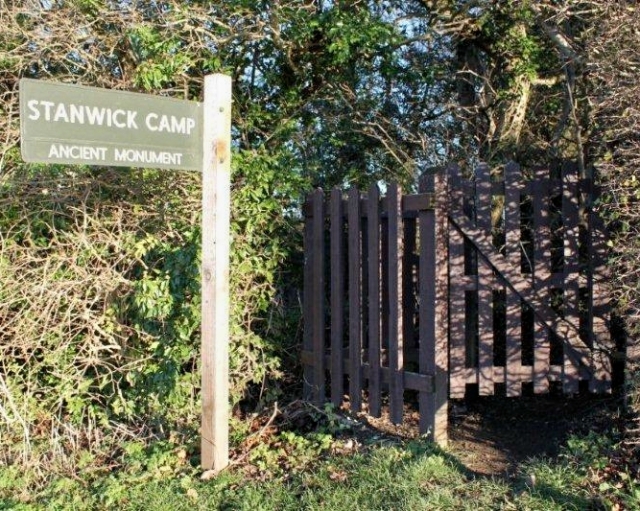 Not only that, but I’ve got a song in my head that I can’t get rid of – Billy Bragg singing Rudyard Kipling’s poem A Pict Song. It’s about little people undermining the might of Rome. We are the worm in the wood. We are the rot in the root.

Kipling. Not so sure where I stand on this fella. Strange sort. But when, like me, you’ve risen to the rank of sixer in the Wolf Cubs, you can’t help but have a sneaky admiration for the old colonial bugger. Sixer. That’s the highest office of authority I’ve ever held, not counting being secretary of Barton allotment association. 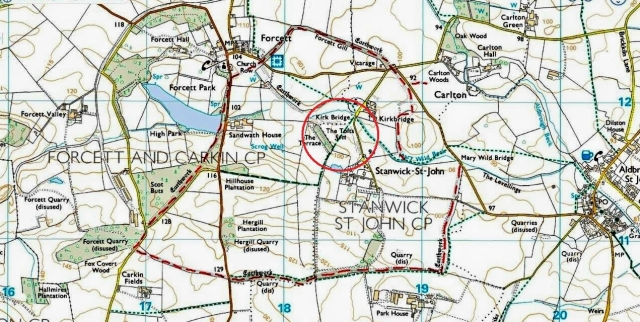 The ramparts of Stanwick Camp are marked in red dashes. Public footpaths follow some, but not all, of the route. There was also an inner fortification. at The Tofts, within the red circle. Click for larger image.

Stanwick Camp is a great place for a poke about. I reach it without incident, but I did feel an arrow whizz over my head and hear someone shouting in Latin when I crossed the motorway. At least I think it was Latin.

There’s an access point to the highest surviving section of rampart a few yards to the east of Forcett village. The 16ft-high dyke and trench were excavated in the early 1950s by Sir Mortimer Wheeler, who reconstructed a stretch of battlement with stones retrieved from the dig. His wall is still standing and is maintained by English Heritage.

Wheeler was a grand old chap. I once saw a 1950s film clip of him handling an ancient vase, and when passing it to a colleague he pretended to drop it. Oooops. Everyone gasped. Great entertainer for an archaeologist. Much funnier than Kipling. 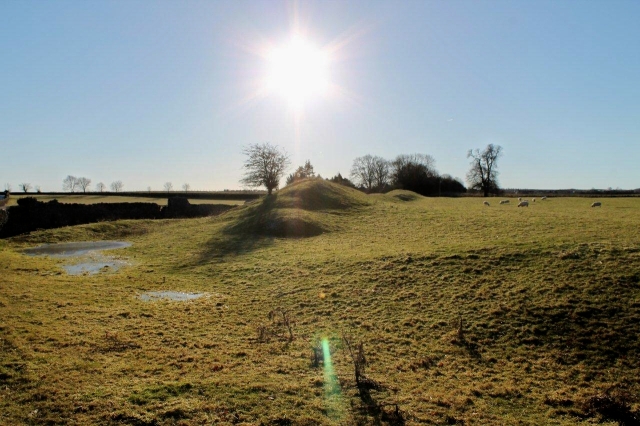 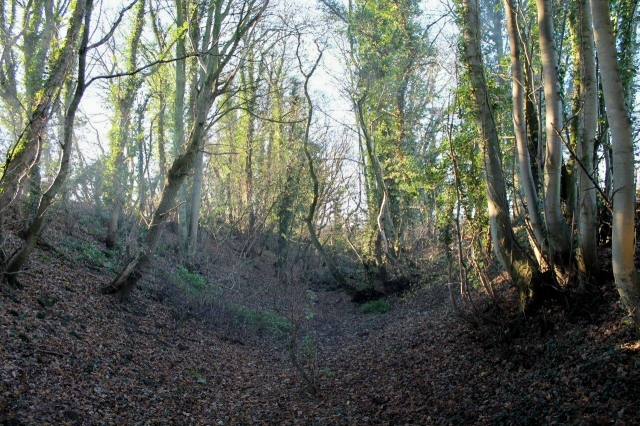 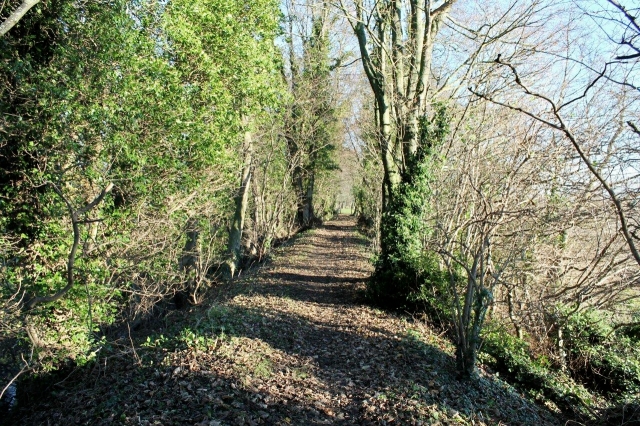 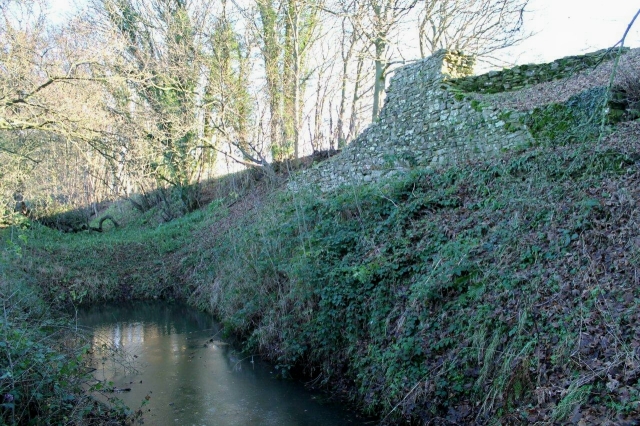 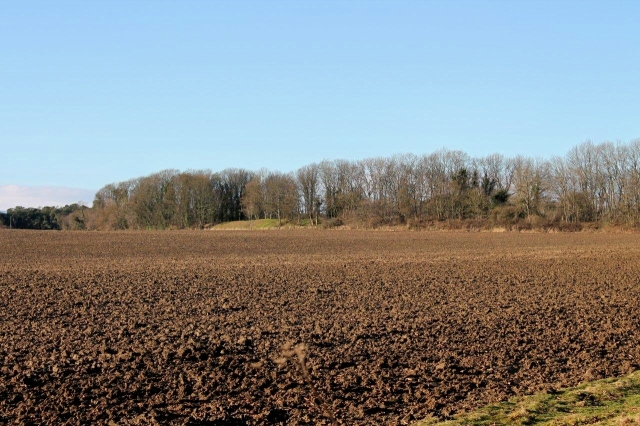 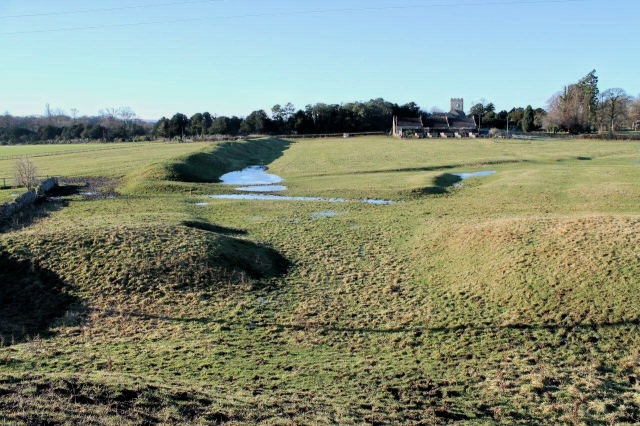 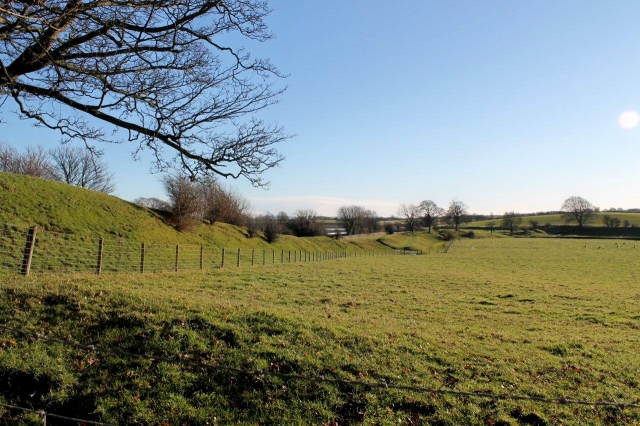 I crash through the undergrowth, flounder through mud and crunch through that crispy white ice that forms on shallow puddles. These ramparts are immense. They range as far as the eye can see, but in places they have been lowered by weather and erosion, and in parts obliterated by agriculture and generations of indifferent landowners.

I complete the entire circuit of fortifications like a Brigantian warden of the walls on his daily rounds. I should have painted tattoos on my face before I set out. Blue eyeliner would have worked. I bet I’d look good in that. 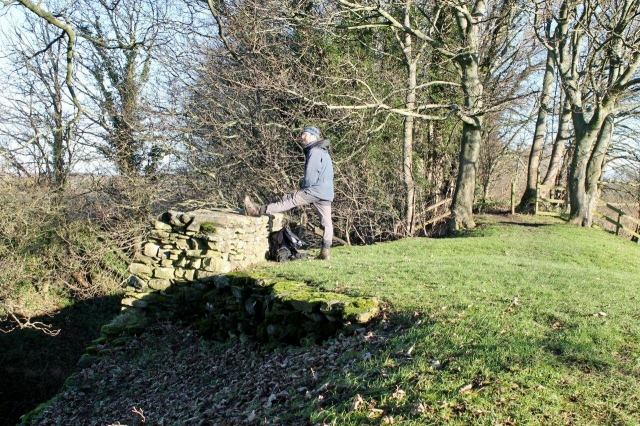 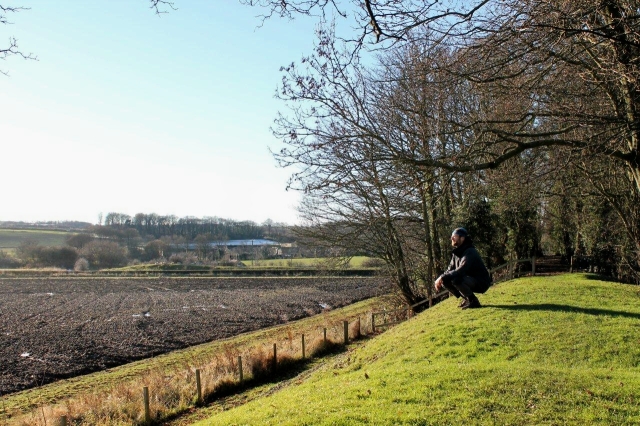 So what happened in AD71? What was all the fuss about?

Brigantia had been a client state of Rome under its queen, Cartimandau, since the days of the conquest. But in AD69 Venutius, her former husband and latterly embittered enemy (she’d dropped him and shacked up with his armour-bearer), ousted her, claimed Brigantia for himself, launched what transpired to be his second and final rebellion against Roman domination and caused trouble across the North. I expect that taught her a lesson.

According to some sources, the Ninth Legion – Legion IX Hispana – the very same body of men that popular legend maintains disappeared without trace in the land of the Picts, was sent to sort him out. Whether this is true or not we shall never know for certain.

What we do know is that in AD71 the Romans set out to crush the Brigantes, York was established as a military centre by the Ninth Legion, Venutius and Cartimandau disappeared from history, and Stanwick Camp was abandoned either then or soon after to begin its slow decline into obscurity. 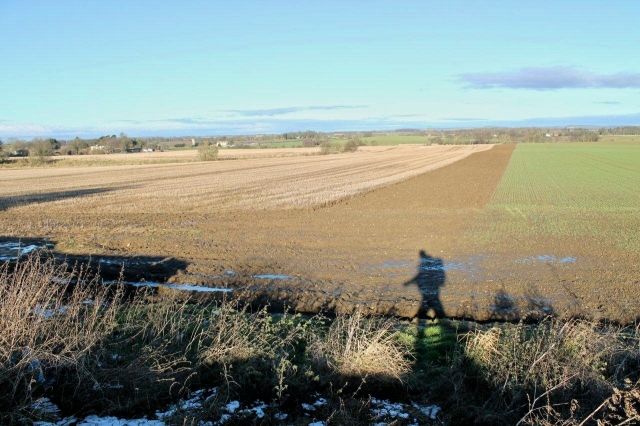 I enjoy walks like this. It’s that feeling of absolute powerlessness when you stand on an earthwork that’s more than 2,000 years old, aware that local people raised it with rocks, soil, blood and sweat, but you don’t know how and you don’t really know why. All you know is that once, a long time ago, something extremely important and probably tragic occurred in this place.

And you also know that little people, the underdogs, were trampled into the ground by the might of an occupying force. Three centuries later, however, a tide began to turn. Take it away Ruddy:

Rome never looks where she treads,
Always her heavy hooves fall
On our stomachs, our hearts or our heads;
And Rome never heeds when we bawl.
Her sentries pass on – that is all,
And we gather behind them in hordes,
And plot to reconquer the Wall,
With only our tongues for our swords.

Mistletoe killing an oak –
Rats gnawing cables in two –
Moths making holes in a cloak –
How they must love what they do!
Yes – and we Little Folk too,
We are as busy as they –
Working our works out of view –
Watch, and you’ll see it some day!

No indeed! We are not strong,
But we know Peoples that are.
Yes, and we’ll guide them along,
To smash and destroy you in War!
We shall be slaves just the same?
Yes, we have always been slaves,
But you – you will die of the shame,
And then we shall dance on your graves!

32 Responses to Stanwick Camp – A Thorn in the Foot