LOTS of interesting stuff happens when you go walking without a map in a strange country. You see things you didn’t expect to see. Conversely, you don’t see the things you expect to see because you can’t work out how to get to them . . .

Between my new home-town of Orgiva and the Mediterranean coast, the Rio Guadalfeo flows through a spectacular gorge in a range of limestone hills known as the Sierra de Escalate. I’ve driven through the gorge on the old Granada road many times, and cycled through it one hot day in July. But I have not, as yet, followed the paths in the river valley or picked my way along the karst cliff-tops many hundreds of metres above. And that’s what today’s walk is about.

Karst is a great word with a suitably crunchy and crumbly sound. It denotes an area of soluble rock – usually limestone – where the passage of water over millions of years has altered the landscape and formed vast underground drainage systems.

The term originates in the Karst plateau, which lies largely in Slovenia though extends into northern Italy. Classic examples of karst landscape can be found in the Pennines, north-east Cumbria, the Mendips and in the west of Ireland. Here in the Sierra de Escalate, in southern Andalucia, the karst landscape is among the world’s finest.

I leave the van beneath a motorway bridge near the town of Vélez de Benaudalla and strike out along a track I spied a few weeks ago, expecting it to deliver me to the airy cliff-top ridge above the gorge. It doesn’t.

But I discover – almost hidden from view in a thicket of pine – a deep, stone-built pit that has been used for the storage of burnt or crushed lime. It is the second ancient lime pit I’ve found in these parts. This one has a narrow doorway nearly four metres high. I think that’s interesting. I’m sure you do too. 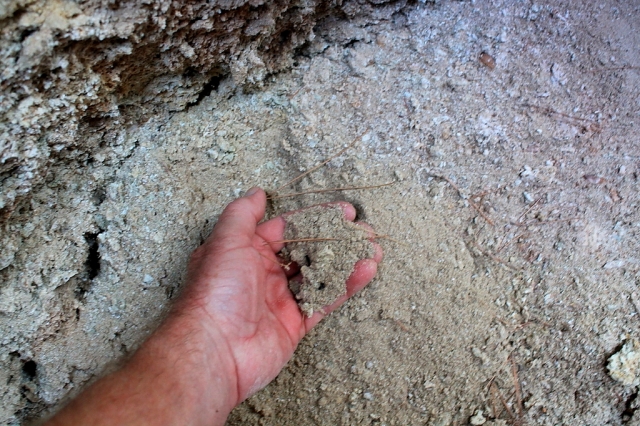 I return to my starting point and set out along a different track. This doesn’t deliver me to the top of the gorge, either. But there are fine views of the neighbouring mountain range, the Sierra de Chaparral.

I return to the van a second time and resolve to resume the search for some proper maps when the opportunity arises. Being British, and therefore accustomed to buying first-rate Ordnance Survey maps in a country that has been scrutinised by cartographers more diligently than any other, it comes as a shock to discover that other nations – Spain in particular – do not put the same emphasis on the practice of self-examination.

With an Ordnance Survey map you can find your nearest town hall, public convenience and cattle grid. But if I wanted to know whether Vélez de Benaudalla had a place of worship “with tower”, “with spire, minaret or dome”, or “without such additions”, I’d be buggered.

I decide to abandon the cliff-top walk and concentrate instead on the route through the gorge. So I drive down to the river, leave the van at the entrance to the first likely track, and immediately blunder into a field full of men picking beans. Wrong track again. So I do that very English thing and take pictures of the bean-pickers, implying I had meant to march into their field and not simply taken a wrong turning. 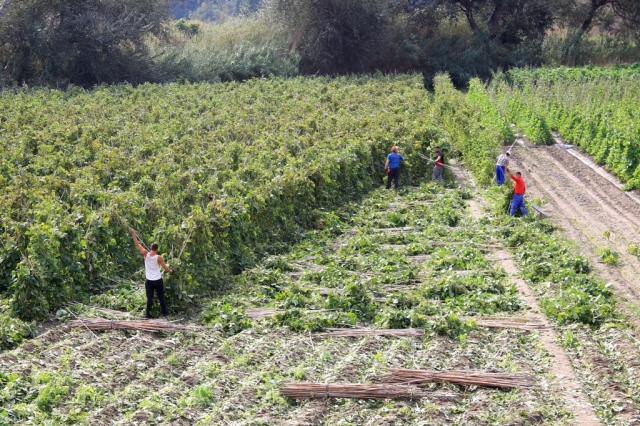 There’s only one more track heading down the river. Hobson’s choice, but it turns out to be the track I require. It leads me through pleasant plantations of strange fruits and beneath vertical cliffs of honey-coloured stone. 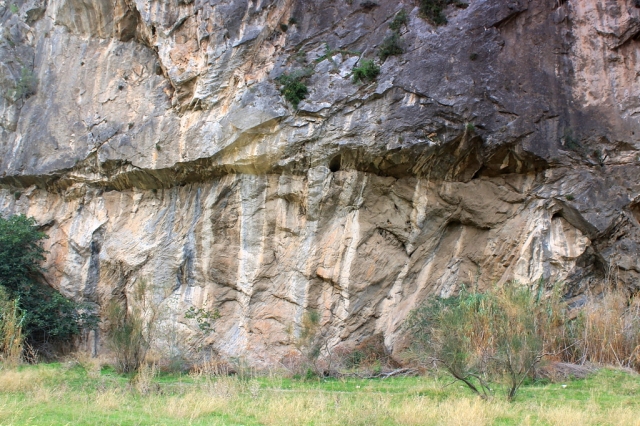 The base of the cliff, showing the end of a phreatic tube – in the centre of the picture – emerging from a bedding plane in the limestone. Phreatic tubes are caves that formed deep beneath the water table, the water dissolving their sides and roof equally, hence their circular or oval cross-section. Fascinating, eh? 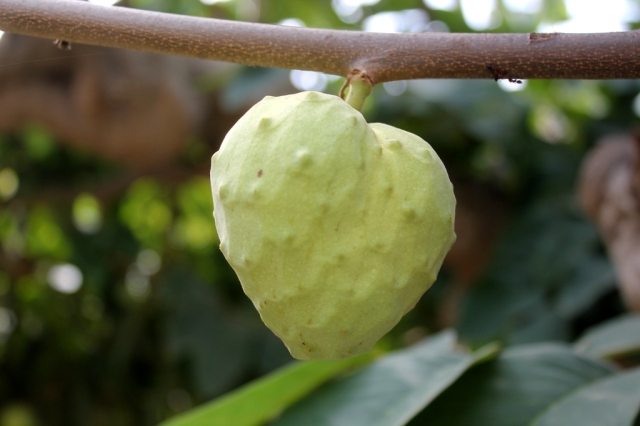 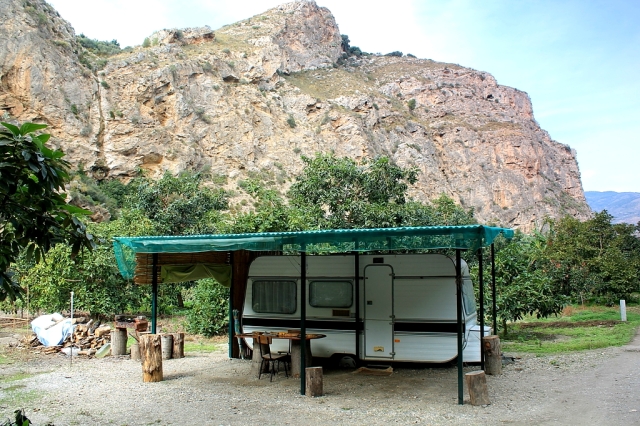 After a couple of kilometres the track peters out as the gorge narrows, and I am obliged to force my way through thickets of bamboo and splash across the Rio Guadalfeo on no fewer than five occasions. This is the first time I’ve experienced wet socks while walking in Spain. It’s a pleasant feeling in a warm climate.

This section was hard work. I had to remove my rucksack and drag it behind me to squeeze through here

The gorge, which is known as the Gorge of Escalate, Dragon Gorge, or Tajo de los Vados, slices through the karst landscape for several kilometres. The cliffs soar approximately 400m (1,300ft) – and almost vertically – at their highest point. Take a look at these pictures because my words can’t do justice to the scenery. 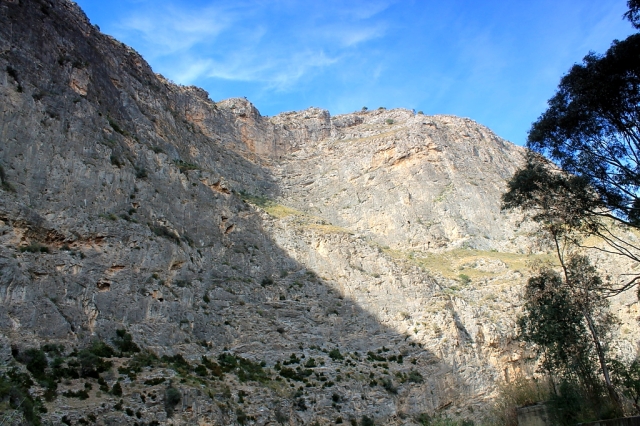 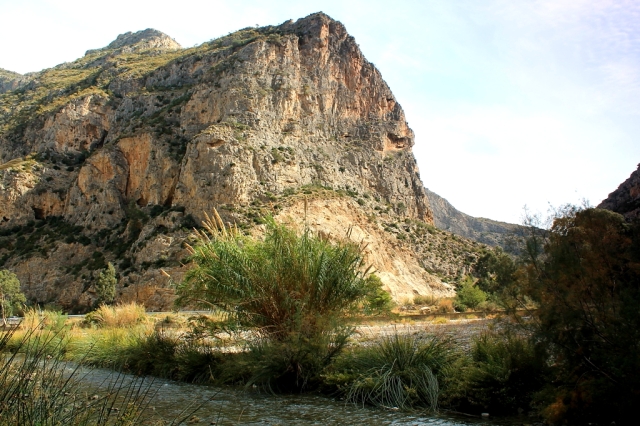 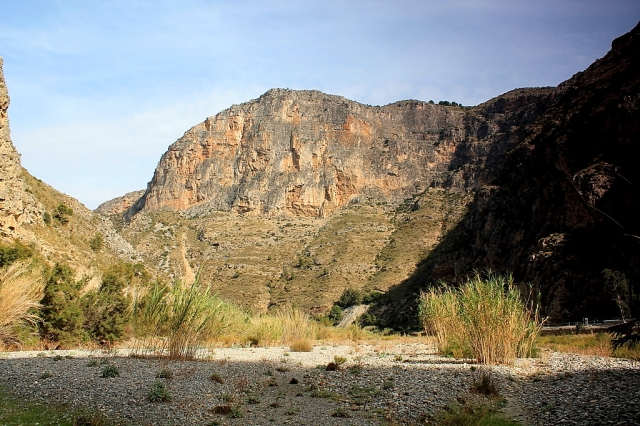 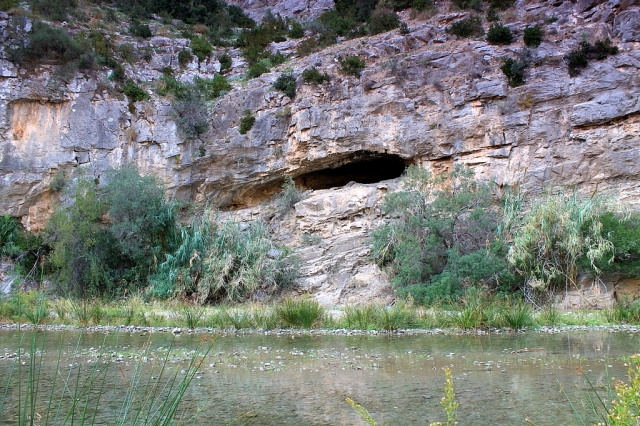 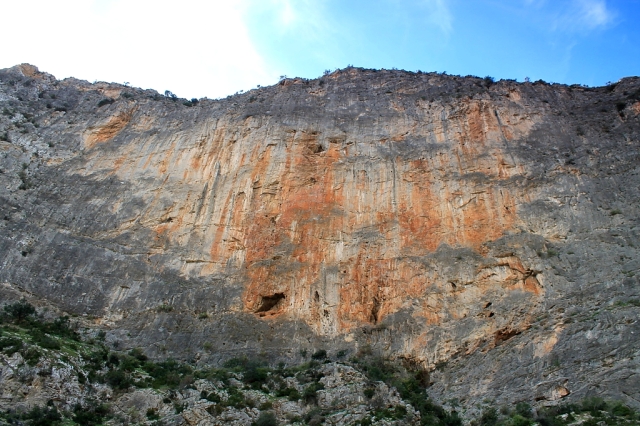 After reaching the gorge’s southern mouth, I turn about and walk halfway back along the main 902 road before fording the Guadalfeo a sixth time to regain the track through the plantations. Job done. Now I’m off home to seek out some half-decent maps on the internet. 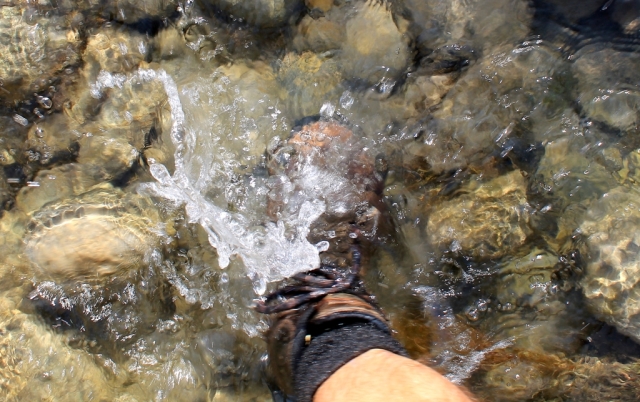