South Gare in the Eye of the Beholder 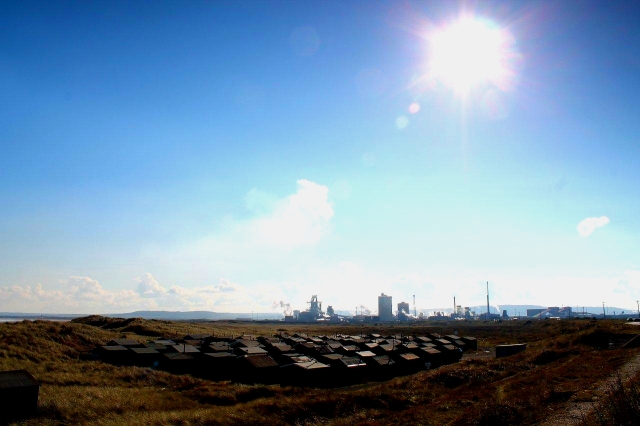 SOMETIMES ugly landscapes can be inspiring. I was going to say beautiful, but I hesitated and typed inspiring instead. I might reconsider before the end of the post because South Gare is a landscape that should be protected. It’s one of those corners of the universe where pure industry collides with pure nature, creating something unique in the process. In this case, a negative and a positive don’t make a negative. That’s my view anyway . . .

South Gare forms one jaw of the mouth of the River Tees, its opposite jaw being North Gare. To visit South Gare is to journey through the Industrial Revolution, Victorian brutalism, two world wars, and Britain’s industrial decline and tentative rebirth.

Teesside was founded on iron, but in 2010 its last blast-furnace was shut down, ending an iron and steel-making tradition that stretched back to the early years of the 19th Century. Then in 2011, Thai company Sahaviriya Steel Industries – with the backing of the unions, local MPs and practically everyone within a fifty-mile radius – bought the concern and refurbished the blast-furnace. (Click pictures for high-res images) 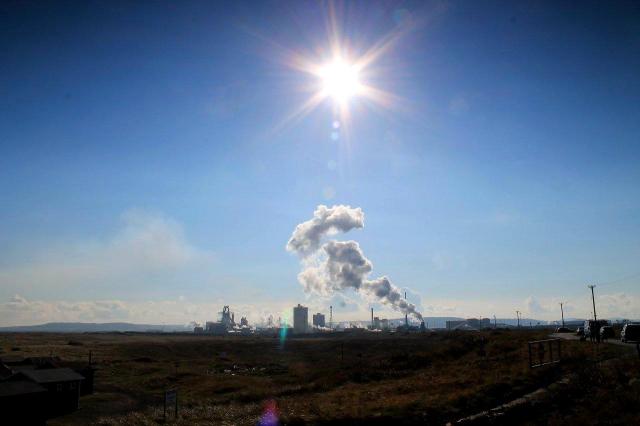 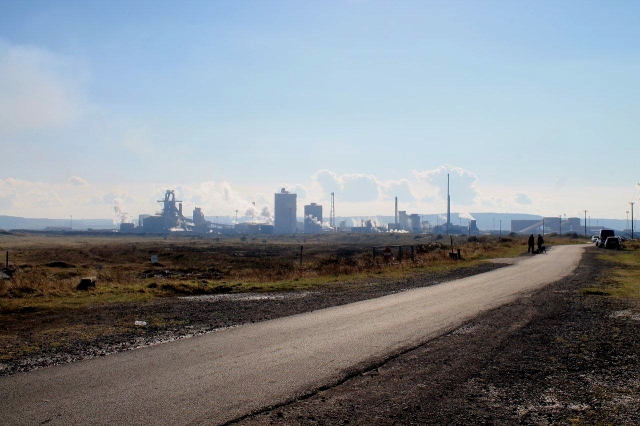 There’s a tradition in steel-making that requires a blast-furnace to be ignited – or reignited if it has lain dormant – with hot coals from a neighbouring furnace. So glowing embers were transported from the steelworks in Scunthorpe, Lincolnshire, to breathe life back into steelmaking on Teesside.

I like that. It’s a proper tradition. Stuff your poncilly-dressed Black Rod tapping his stick on the doors of the House of Commons to summon the rabble – in supposed but embroidered imitation of something that might have happened just before we chopped off Charles I’s head – what this country should celebrate is proper traditions. 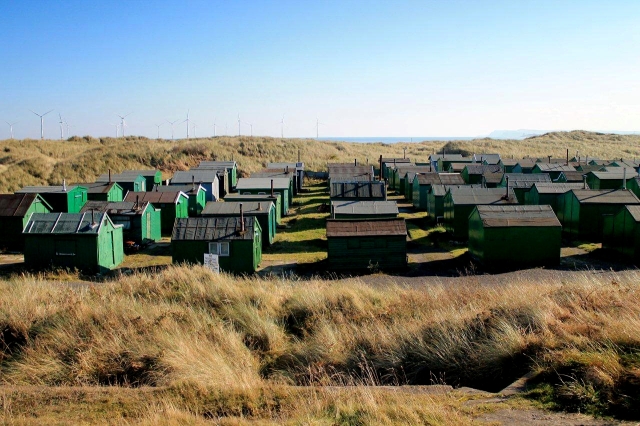 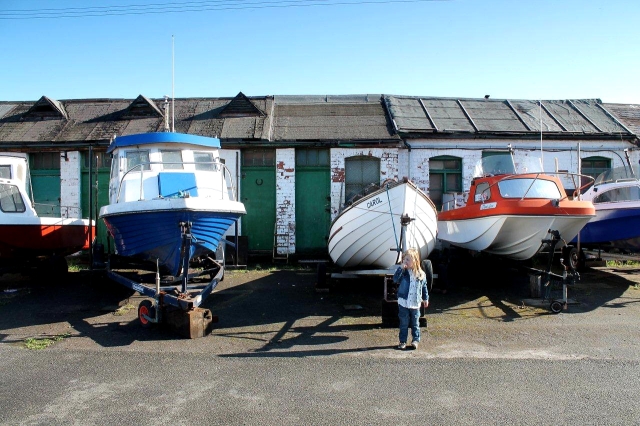 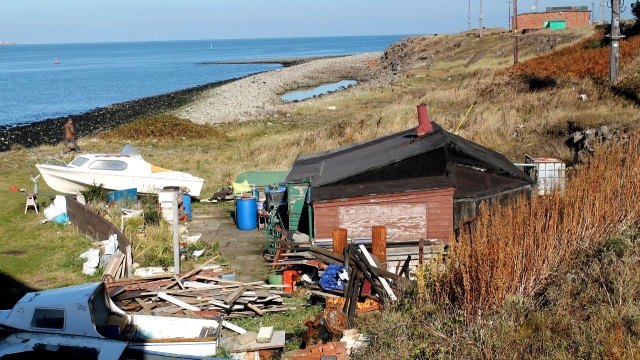 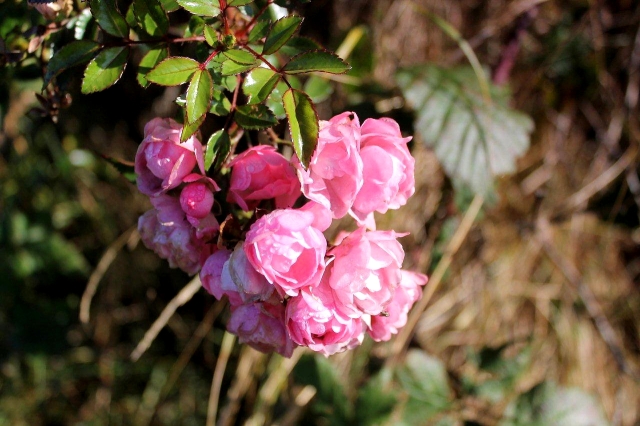 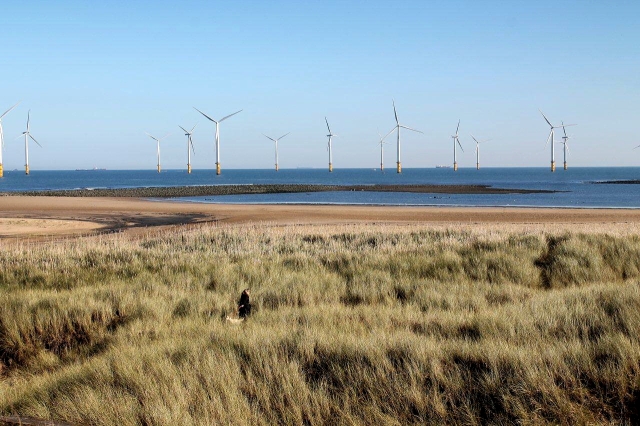 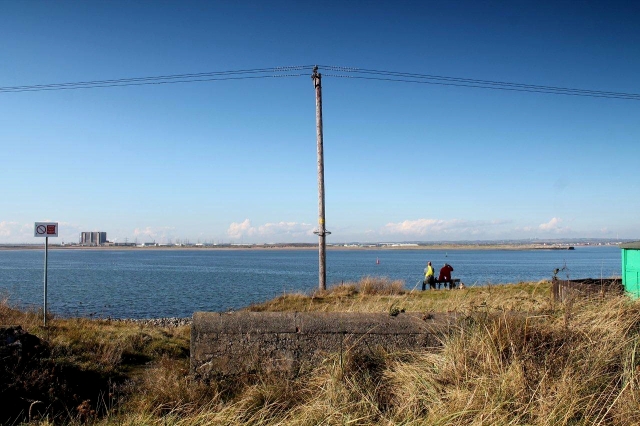 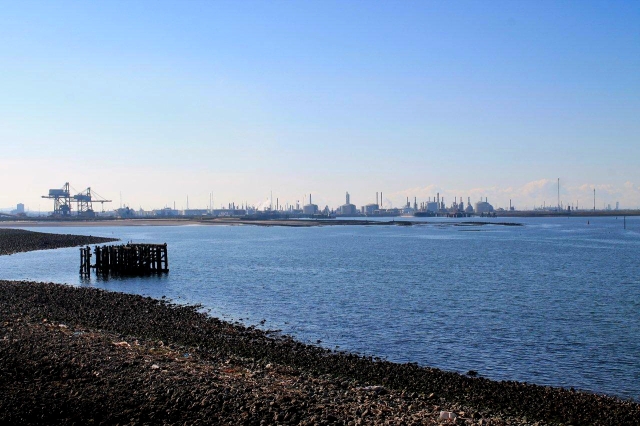 I shall return to this walk in a minute. Why should we instinctively accept that the toffs have the monopoly on traditions? Their traditions – many of which require men to dress in tights and look like the Queen of Clubs – have had the life rehearsed out of them.

Proper traditions are earthier and more direct. They do not require men to demean themselves by walking backwards down flights of stairs while lowering their gaze for fear of offending someone who is accepted to be superior. They do not involve white ties in the Mansion House, tricorn hats, bearskins, ostrich feather plumes, ridiculous wigs and ceremonial swords that would get you arrested if you were a Muslim.

Proper traditions have a sense of continuity and necessity. That passing of the flames from one blast-furnace to another; there is something spiritual about it, something bordering on pagan. Sparks, life, rebirth, hope, prosperity, future – they are all in the mix with the coal and iron ore. And so far it’s worked. 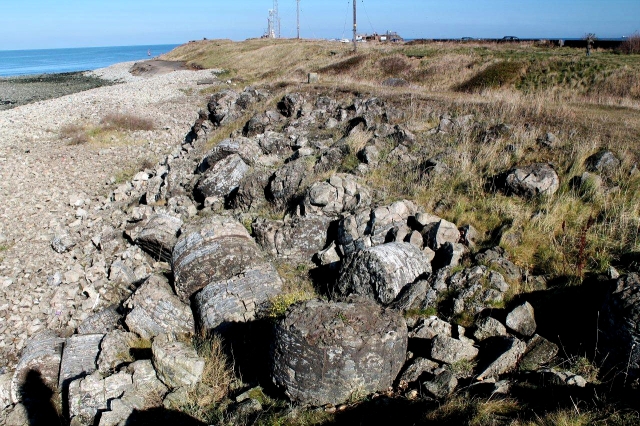 I like this view because it reminds me of home. Not that I was born on a slag-bank, but because great lumps of slag similar to these – which have solidified before being tipped from the wagon – are to be found along the shore in Askam-in-Furness over on the west coast. We used to play among them as kids. Ah, the simple things in life 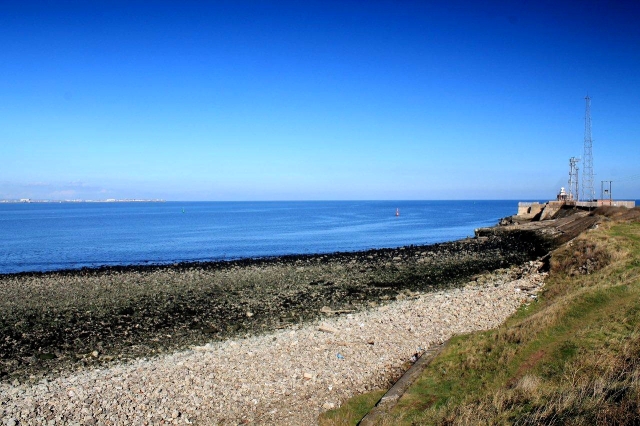 The mouth of the River Tees. That’s Hartlepool on the horizon 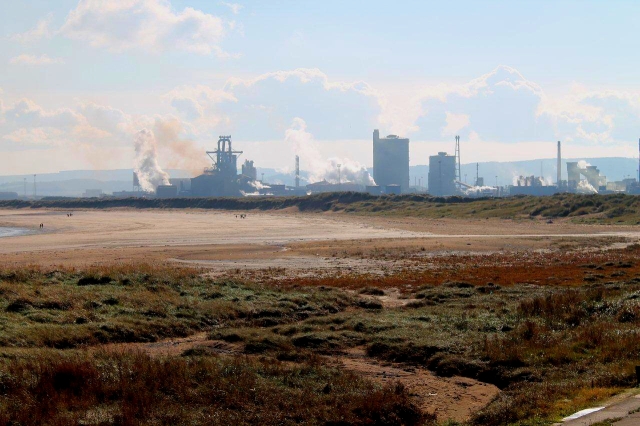 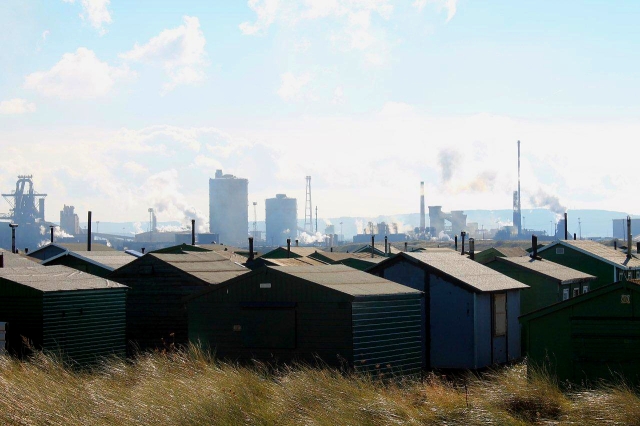 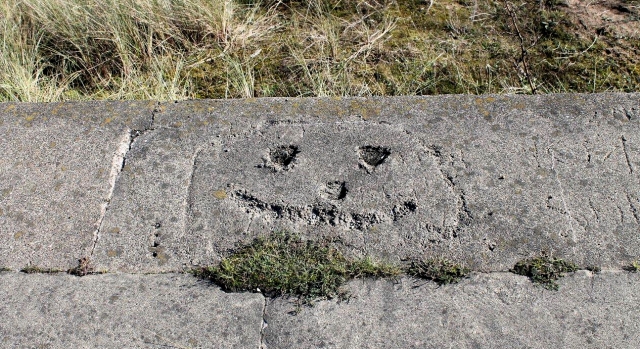 Back to the walk. I have a confession to make. This isn’t really a walk. It’s just a potter about at South Gare. There was a desperate need to get out of the house, so we filled the car with grandchildren and their accessories and drove to South Gare. We would have gone further only the road ran out. 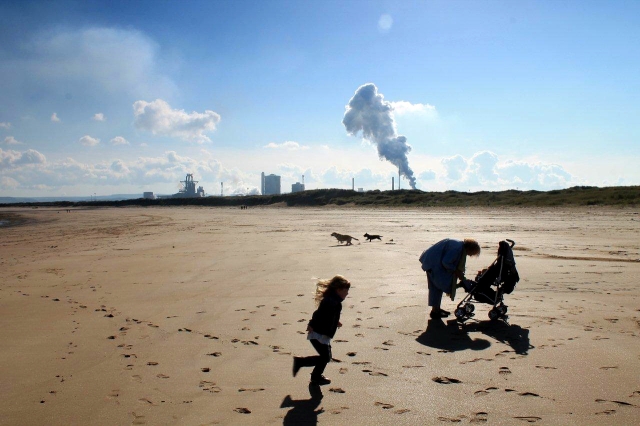 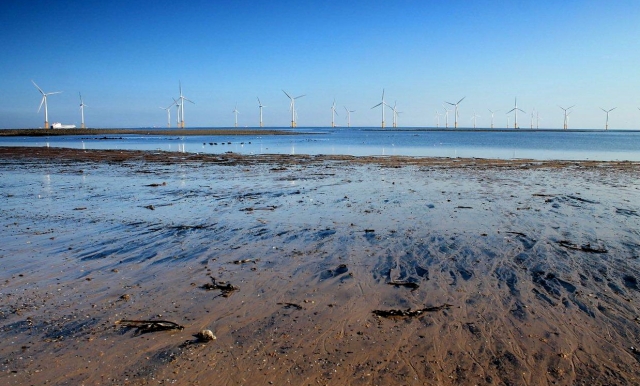 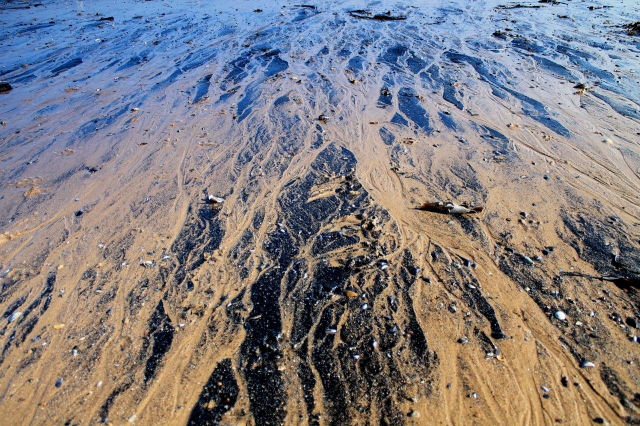 Sea coal is the residues of colliery waste that has washed up over the years, plus coal from natural deposits outcropping on the seabed. There used to be money in scraping it up and selling it, but with the mass closure of the collieries (another toff tradition) it has tailed off 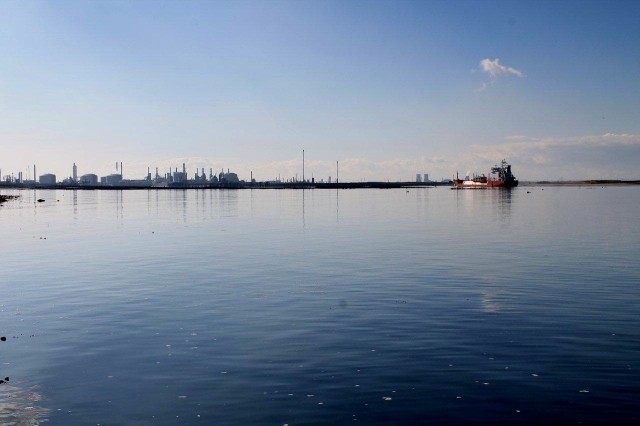 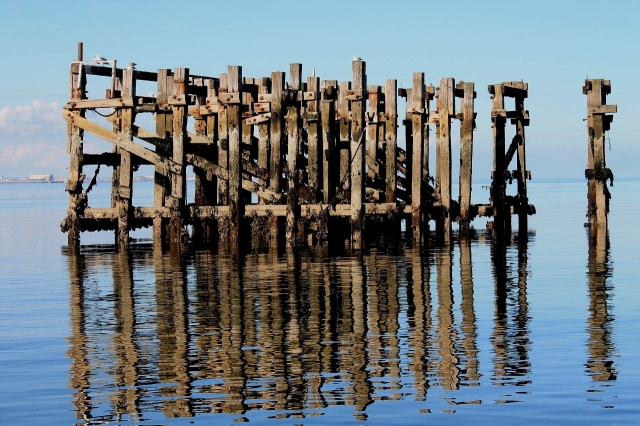 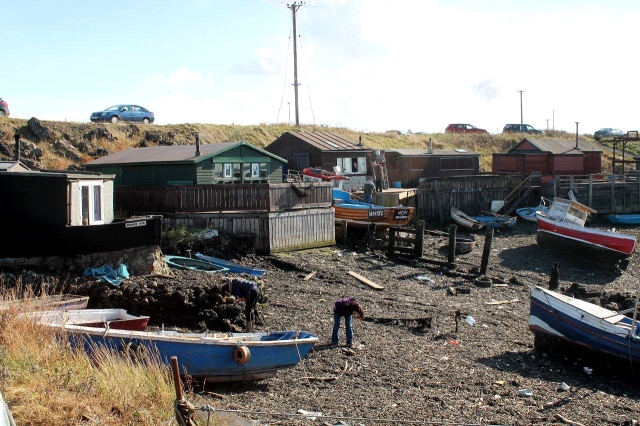 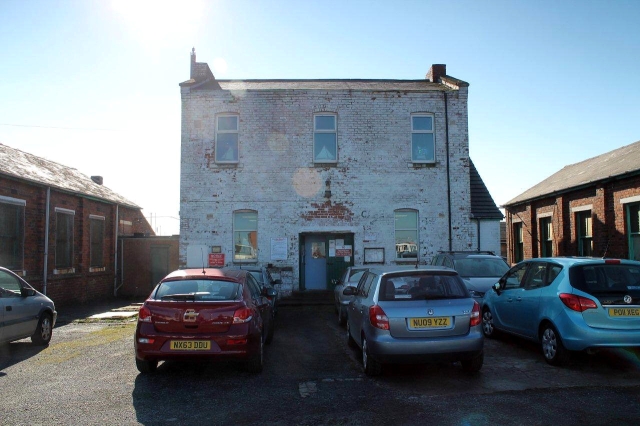 This grand building is the South Gare Marine Club cafe – and what a splendid place it is. All the food is home-made. Roast dinner was on offer for a fiver. We had mugs of tea, chips with fish fingers, and gingernuts 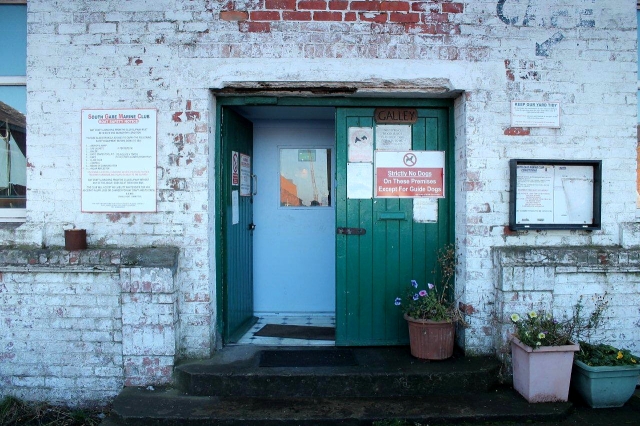 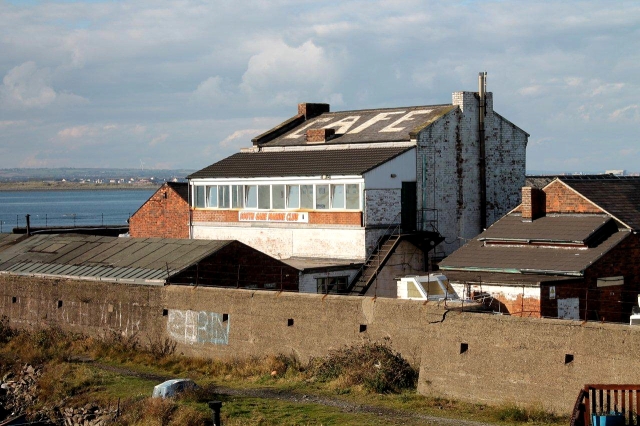 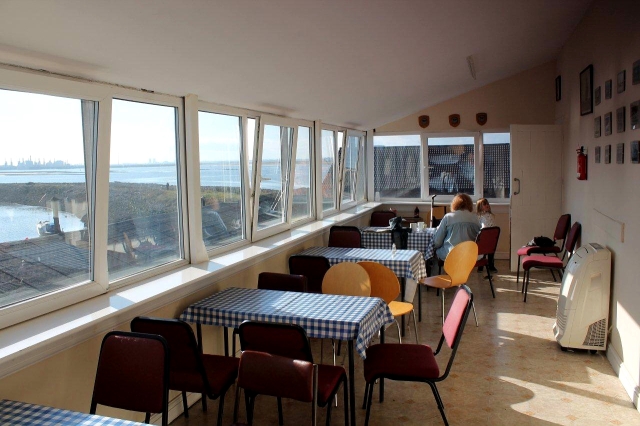 At South Gare we sit in the sun and watch ships steam up the Tees towards the nuclear power station at Hartlepool and the chemical works and refineries at Teesport. We wander through the boatyard and among heaps of slag and wartime gun emplacements, then drag a buggy across acres of soft golden sand that smells of seaweed and is streaked with sea coal deposits. Smoke rises from stove pipes on the fishermen’s huts. Wind generators spin their blades above the waves. Periodically the steelworks discharges huge plumes of white and red smoke which drift over Redcar.

That’s what I like about South Gare. It’s one of those awkward places where nothing fits but the overall picture is curiously satisfying and possesses a raw beauty. It’s somewhere to wander and reflect while industry rumbles relentlessly and the tide rolls in. I might come here again soon. I might make it a tradition. It beats dressing up as a beefeater. 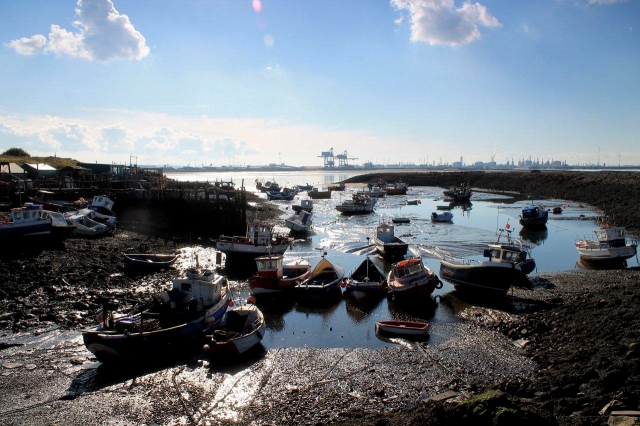 32 Responses to South Gare in the Eye of the Beholder