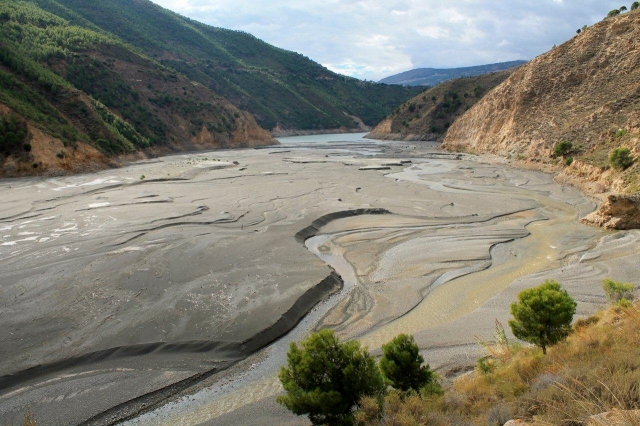 THE Rio Guadalfeo flows from the Sierra Nevada mountains through steep-sided valleys to the Mediterranean at Salobreña. I’ve gazed down upon its course from the winding mountain road to Orgiva many times, and been shouted at from the passenger seat and told to keep my eyes on the road as many times. Fair enough. But men can multitask as well. Today I’m wandering along faint riverside paths to see where they take me . . .

Just west of the Andalucian town of Orgiva the riverbank has been washed away – along with half a field of broad beans – so I clamber down to the shingle of the wide river bottom. 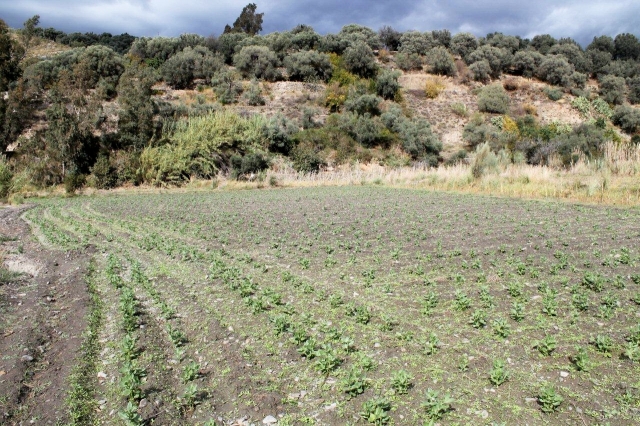 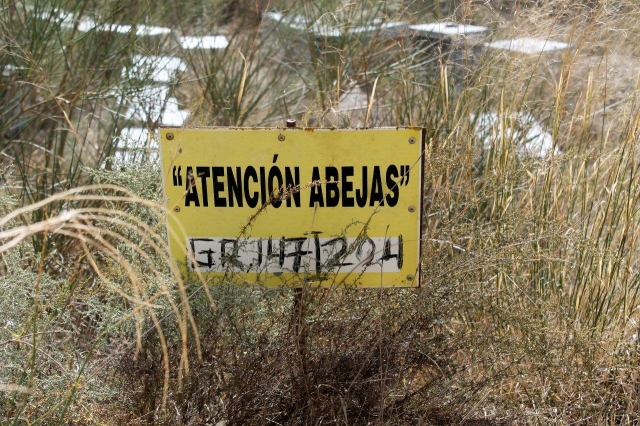 This is good walking, and a chap with nothing better to do can stride out through brush and compacted stones with a song in his heart. Several mountains have been reduced to rubble and spread the entire length of the Guadalfeo by erosion, time, and forces beyond my comprehension. Let’s talk about pinnel.

Pinnel is a good word, at least it is for people who appreciate good words. Pinnel, so far as I can make out, is the Cumbrian term for fine boulder clay comprising grit and shingle. I wouldn’t have mentioned this only I watched a Tony Robinson programme a couple of days ago where he walks from the Roman fort at Brougham, near Penrith, along old Roman roads to Ravenglass. Sorry about this juxtaposition. I’m in Spain but talking about the Lake District. I told you men can multitask.

An archaeologist accompanying him part of the way used the term “pinnel”. Apparently, the Romans used pinnel as a base for their roads. This might mean nothing to you, but it was probably the first time – possibly in the history of broadcasting – that pinnel has been mentioned in the popular media. I opened an extra can of San Miguel and celebrated quietly. (Click pictures for high-res images)

So now I’m walking on pinnel along the Rio Guadalfeo. The Spanish probably have a much more romantic term for fine boulder clay. When I discover what it is I shall post a 1,000-word article on the delights of alluvial detritus and its importance to language and the international community.

As well as pinnel, the Rio Guadalfeo also has a varied collection of hippies and alternative types living in the dry barrancos – or ravines – that act as tributaries in wet weather. I come across a totem pole in a clearing near the river. And I spy a yurt on the hillside. They are big on yurts around here, and big on old lorries, caravans and campervans painted in rainbow colours. 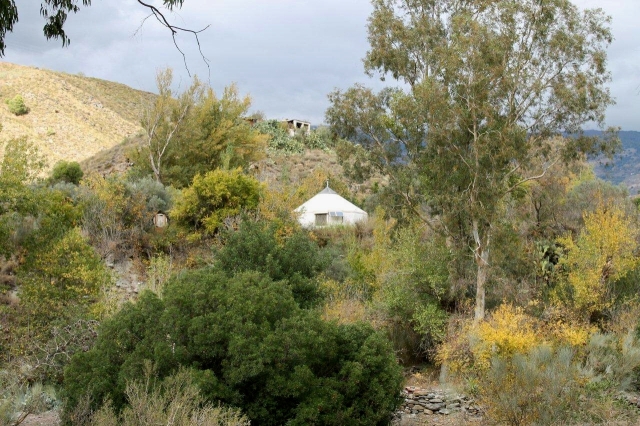 Downriver from the hippy barranco I enter an alluvial plain that has been farmed and subsequently abandoned. An old acequia – pronounced athekia – that once delivered water to these thirsty fields lies dry and broken.

Most farmsteads, orchards and fruit groves in this area of Spain are still irrigated by acequias bringing water from the mountains. They are thought to have been introduced by the Romans, or possibly the Moors. 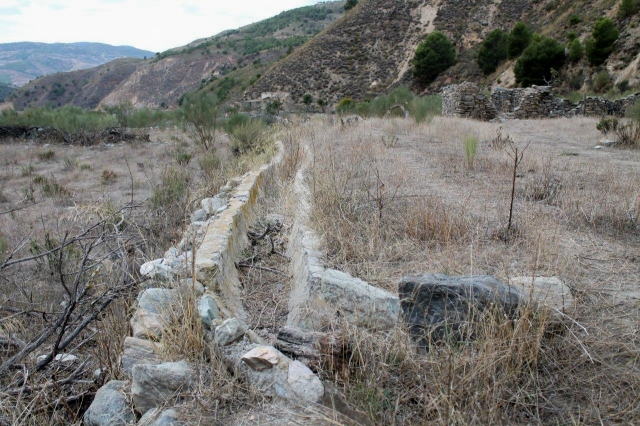 Burst pomegranates hang from branches, their overripe flesh providing food and drink for wasps. I find an orange tree with miniature fruit. They have a name I cannot remember. But I can tell you they make the most deliciously tangy marmalade in the world. And at the end of the abandoned farmland is a ruined homestead. 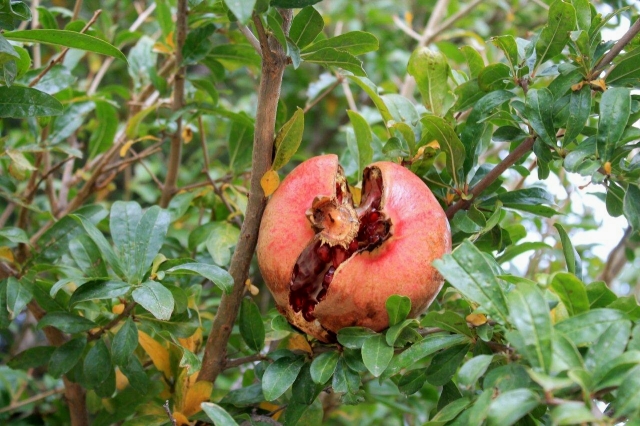 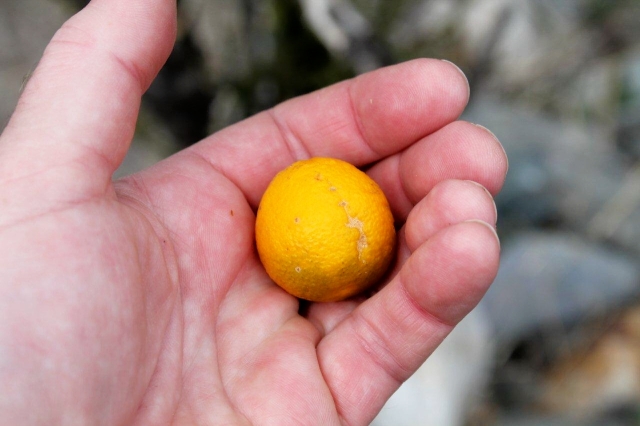 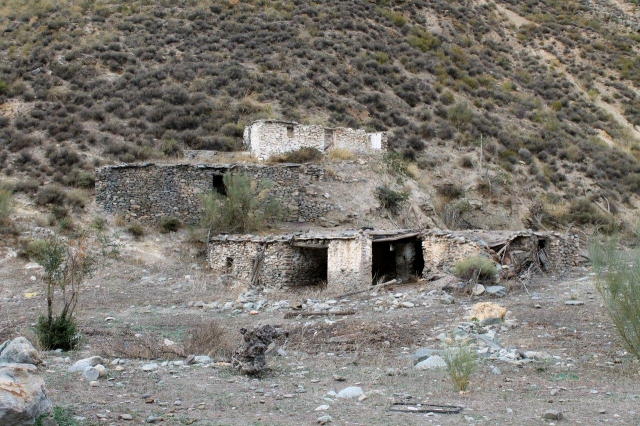 There was a stable here, and a huddle of crude rooms built into the riverbank. Conditions would have been less than basic, but in common with many of the ruined homesteads and villages in upland Spain it was inhabited until recent times – certainly post Civil War and probably until the 1950s or 60s. 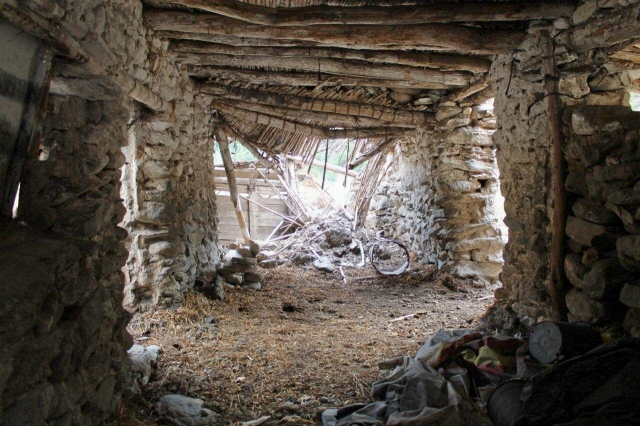 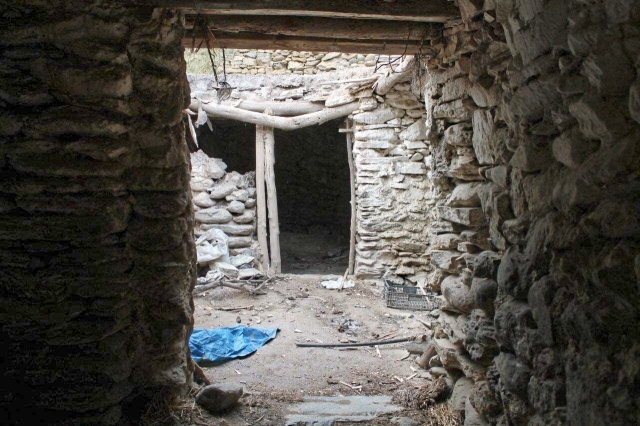 Something the occupants did not posses was an electricity supply – but the remains of an old Amstrad word-processor lie scattered around the ruins. Wonder what Lord Sugar would make of this. 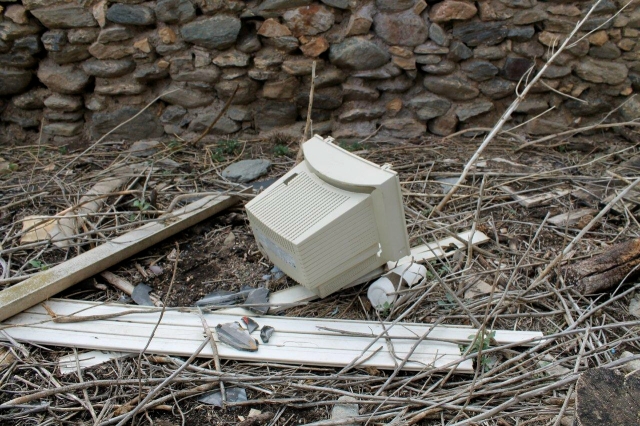 Beyond the farmstead the river valley opens out into a barren plain of mountain debris scored by channels of fast-flowing water. Here the Rio Guadalfeo flows into a massive reservoir before ending its life in the Mediterranean a few miles to the south.

I follow a path that winds up a narrow barranco and zigzags across the hills. But the afternoon is wearing on and without a map I have no idea where the path is taking me, so I turn about and retrace my steps. 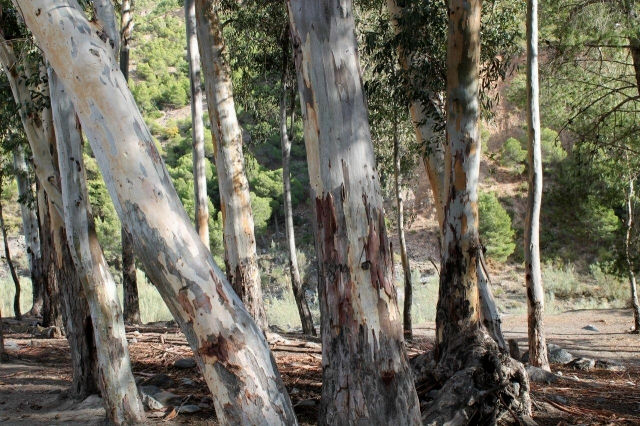 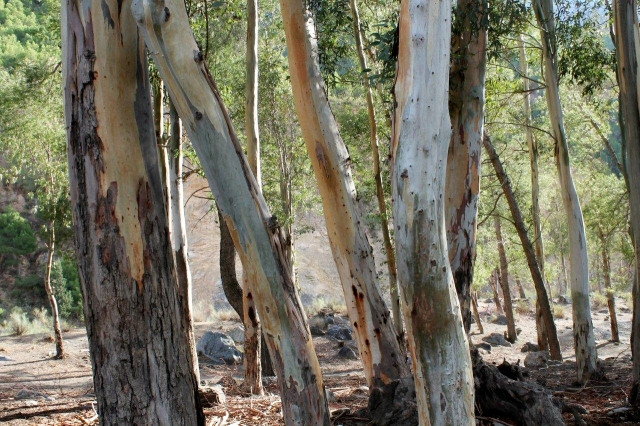 I like rivers. They don’t give a damn but demand respect. If they come up against an obstacle they flow around it or wear it away. They carve a path through hills. They alter their course. They are gentle one moment then evil black torrents the next. And like the Guadalfeo, they pound mountains into fragments, stones and dust. And pinnel. 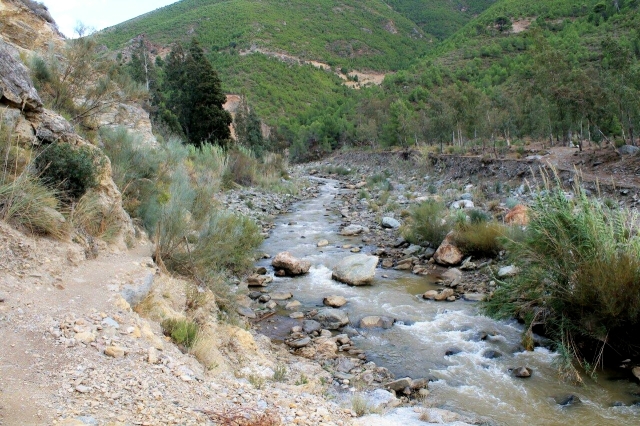