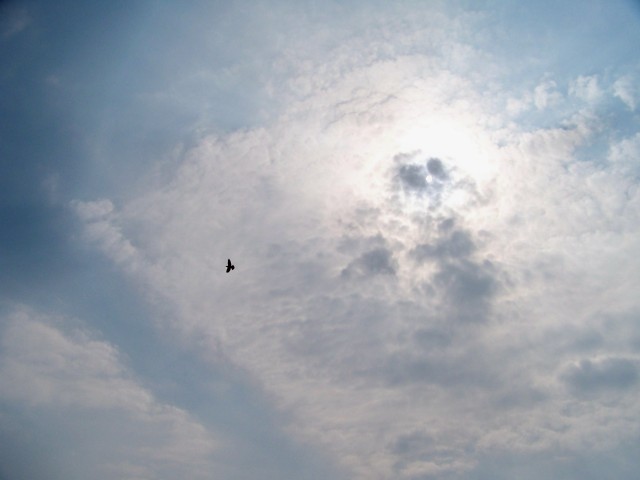 I USED to keep pigeons. Not racing pigeons or the dull grey type you see pecking cobbles in the back street. They were tumblers. That’s what they were called. They would fly around in a group – or a kit, as we pigeon fellas say – and some would tumble. This is not easy to describe, but they would suddenly falter in mid-flight and flip over backwards. Some would perform double or triple flips. That’s what they did. Tumblers. Honest. 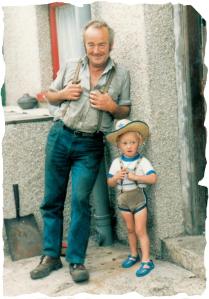 Ted Lewney and Fergus Edward McFadzean, about 23 years ago

I got them because my son, who was about seven at the time, wanted a budgie. But I thought: just a minute, you keep budgies in cages, all locked up. Let’s get something that can fly around freely like a leaf on the wind.

So our next-door neighbour, a scrap dealer who knew absolutely everything there is to know about horses, greyhounds, whippets, caravans, lorries, Josef Locke, Foster and Allen and pigeons – the late, great Ted Lewney – gave us four tumblers. These were complemented by four white pigeons from an auction at a distant settlement called Clitheroe, and before anyone could shake a stick at them they had multiplied alarmingly until we had a shed full of multi-coloured, multi-shaped, multi-talented birds. 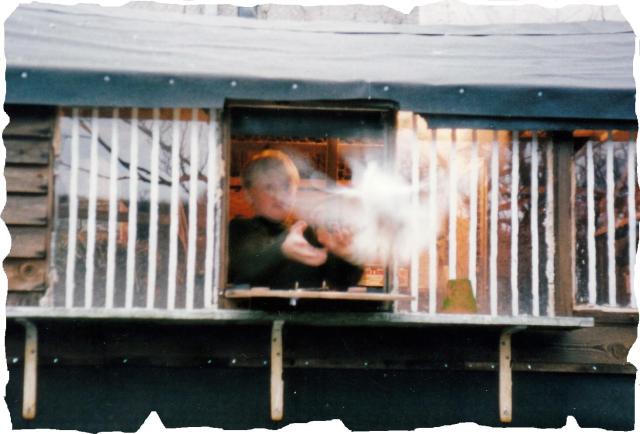 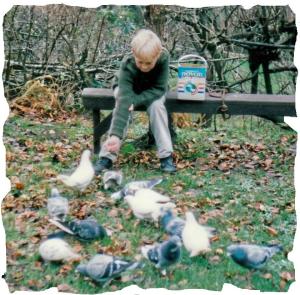 And when they were released from the loft they would burst into the sky like sparks from a gassy fire. They would soar on the wind and swoop and tumble. Then at the end of the day they would settle on the house roof and cluck and strut and make noises like sleeping children. And when I stepped out of the back door with their can of grain, they would sail effortlessly from the gutter and follow me down the garden to alight, with a flurry of wings, on the roof of the loft.

Then one winter afternoon about ten years ago a storm rolled in off the North Sea on its way to the Pennines and engulfed our village in a sudden squally blizzard. The tumblers were airborne at the time, and I watched them climb higher as the squall intensified until they disappeared into the snow cloud. The squall lasted for the rest of the afternoon. With the exception of two bedraggled birds that returned the next day, I never saw the tumblers again.

Hey. This is Easter. This is a celebration of resurrection and renewal. I’ve left the car in a lay-by at Old Spital on the crown of the A66, and dropped down through some rough pasture to an old stone bridge near the abandoned trackbed of the Stainmore Railway. And yes, I know I’ve devoted two lengthy posts to the railway recently, but it plays only a minor role today.

The last time I walked upon its peaceful cinders I spotted a rough track striking south across the barren Pennines from the ruined Spital High Cottages. So I’m out in my fell-running gear to explore it further. Do not think for one minute that I am a proper fell runner. I’m not. I just like to run up and down hills at my own pace. It makes me feel like I have achieved something. 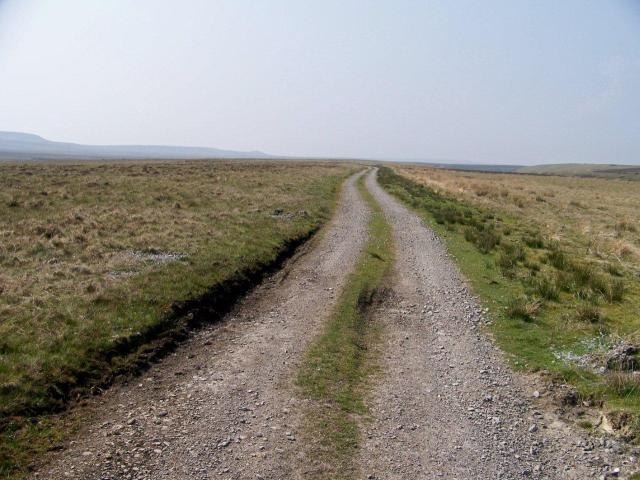 So I’m running up this track from the old railway line in the Easter sunshine and after a sweaty struggle find myself on the crest of the moor. And this is what I like about the Pennines; this is where they really come to the fore. You can stand on the top of a totally insignificant ridge and your eyes come to rest on a ripple of insignificant ridges, fading away through various shades of blue like Dennis Potter’s remembered hills. They go on for ever. And you just know that when you climb the next ridge, another will replace it in the distance. And so on and so on until you reach Derbyshire. Only I don’t think I’d get that far.

I’m running across this ridge when I hear a sound above me. It’s a sound that stirs memories: wings and feathers wheeling above my head. I glance up and there are my pigeons in a loosely-knit kit all gleaming white and red and blue and black in the brilliant sunshine. They’re my tumblers: up here in this great, overwhelming emptiness that stretches from the A66 to Swaledale. And they glide and swoop like little sparks in the wide blue sky and circle round me as I descend to Sleightholme Beck and the Pennine Way. 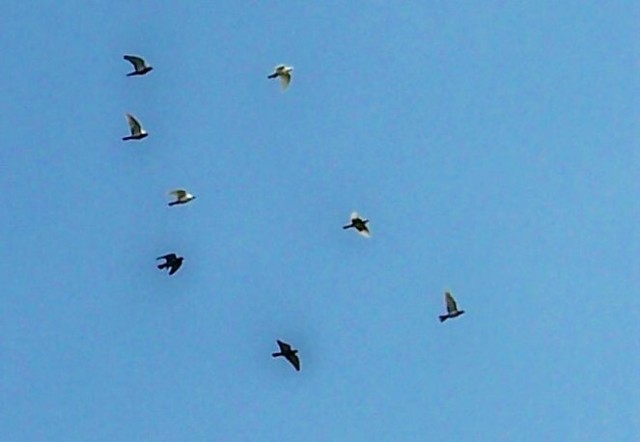 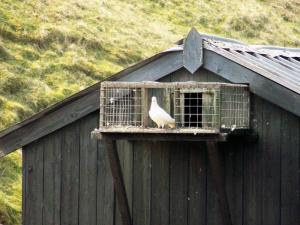 Down by the beck, in the middle of this wilderness, I stumble upon – of all unlikely things – a pigeon loft. With an aching disappointment I watch the birds circle above the roof. More birds come out of the loft to join them, then they all fly off together. And I just know that although these birds belong to someone else, probably a gamekeeper or sheep farmer, that really, truly, they belong to me, that they drifted helplessly in that storm ten years ago until they fell exhausted from the sky and landed here. And then some thoughtful, caring person found them all bedraggled and hungry and built them a little wooden house.

I don’t really believe this. But who’s to say it isn’t true? 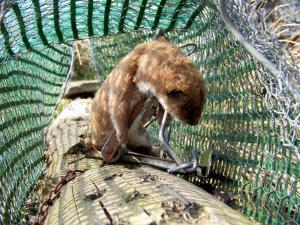 I turn around and head back north. Down by the railway track I find a trap with a dead stoat inside – its neck broken. I am moved by the contradictions this wilderness throws up: little wooden houses for pigeons and traps for killing stoats; sheep wandering freely with fluffy lambs and lines of shooting butts where pink-faced buffoons massacre grouse. And I carry on running because it’s good to run. It’s good to drift aimlessly along unknown tracks and see things you have never seen. It’s good to feel the Pennine wind in your hair and the sun on your face. And to soar freely.

Here’s a tip. If you’re thinking of buying your children a pet, get pigeons. And soar with them.

4 Responses to Dances With Pigeons