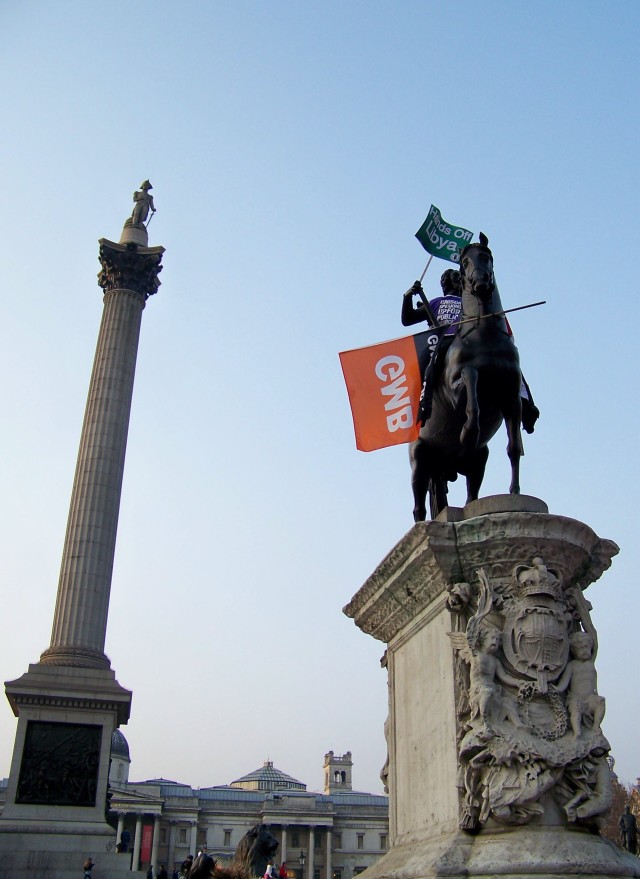 BOOTS clump impatiently as I gaze out across the river. The morning sun warms roofs and glints on the windows of strange buildings and big red buses. A few hard miles lie before me. I know they’re hard because I’ve tramped them before, most recently in March 2003 with half a million others who were less than happy about the impending war against Iraq; the time before that in November 1992, in pouring rain, with the miners and their billowing banners; and the first time in March 1990 against the poll tax – though on that occasion we started on the south side of the Thames and got chased out of Trafalgar Square by a load of unhappy policemen. 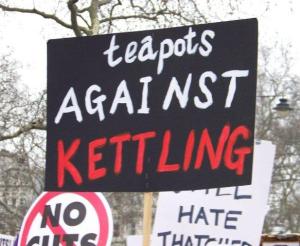 It’s a good day for a hike. I’ve got my sandwiches, a bottle of water, a map with strange coloured lines on it and exotic words such as Monument, Mile End and Mornington Crescent, a wife wearing unsuitable shoes, a noisy whistle I’ve just purchased for a quid, a Billy Bragg T-shirt from his Gateshead gig in 2006, and a colourful flag courtesy of the TUC – of a type suitable for planting on the summit of a mountain or up a banker’s backside.

I’m not going to lecture or bore anyone with a load of stuff about the poor paying for the greed of the rich with their jobs, homes, marriages and futures, because you have your own opinion on that and you’ve probably heard and read enough about the TUC rally in London to last a lifetime. Most governments promise jam tomorrow, but this one’s selling dry bread and clawing it back from the most needy – so that’s why I’m here in my walking boots.

All I will say is that the couple of miles from Victoria Embankment to Hyde Park – through Whitehall, Trafalgar Square and the posh bits by the Ritz – is the hardest slog in the world because it is accomplished at an average speed of less than one mile an hour and there is nowhere to sit and have a brew. Ben More direct from the Crianlarich road is an easier excursion.

Oh, yes, there is another thing I’m going to mention – the bit about the trouble that flared up in Oxford Street and Trafalgar Square that the BBC and Sky News failed to report in their extensive coverage. 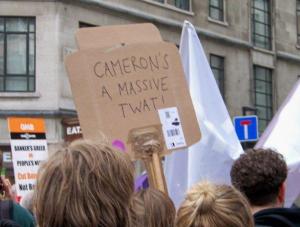 Global news organisations can plant reporters in Tahrir Square, Benghazi, Sana’a and Bahrain and beam in-depth coverage to the world – but when a band of teenagers with pink hair and behavioural problems chuck paint bombs at Top Shop, Vodafone and Boots the Chemist on the streets of London, no one thinks to ask them why they are doing it. No one in the media asked them the simple question: Why?

The answer, if you don’t know by now, is tax avoidance. Vodafone is accused of dodging £6bn in tax, Top Shop £300m, and Boots £100m a year – and the government, like the nearby Nelson, is turning a blind eye. That’s why those kids were angry. They’d been told we’re all in this together. But a form of collective denial set in among my colleagues in the broadcasting media and the words “tax” and “avoidance” failed to make it onto the airwaves. So there IS plenty of jam, apparently. But it’s up on the top shelf out of our reach.

So, four hours later, we finally reach Hyde Park just in time to catch Brendan Barber thank the speakers. Another good walk comes to an end. And I’ve managed to hang on to my extremely colourful TUC flag. Now I just need somewhere appropriate to stick it. 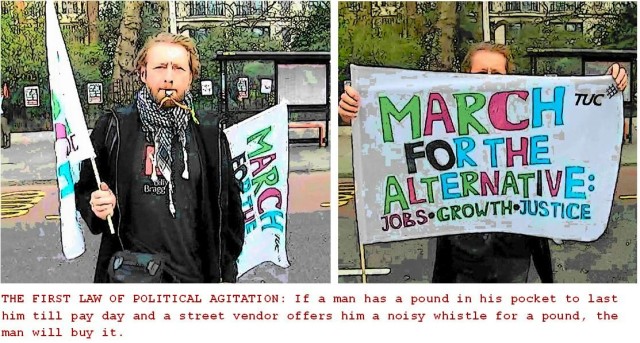 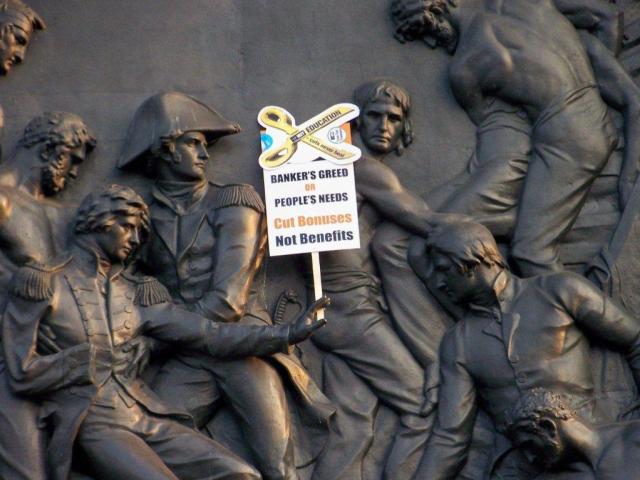 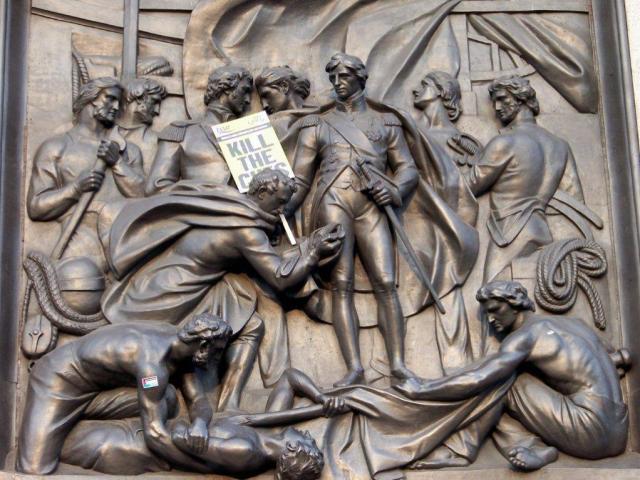 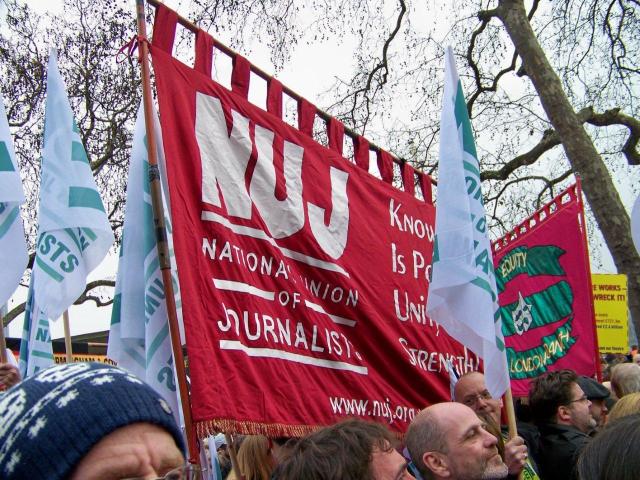 We start the march with the NUJ and Bectu. But the actors’ union, Equity, and the Musicians Union, who are positioned directly ahead of us, are much more fun and have a jazz band. So we switch allegiances. 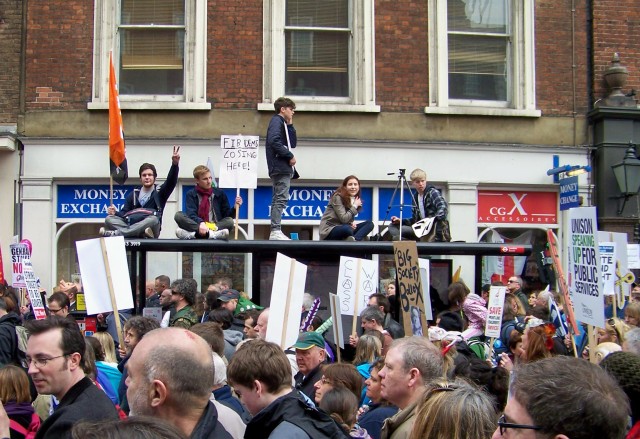 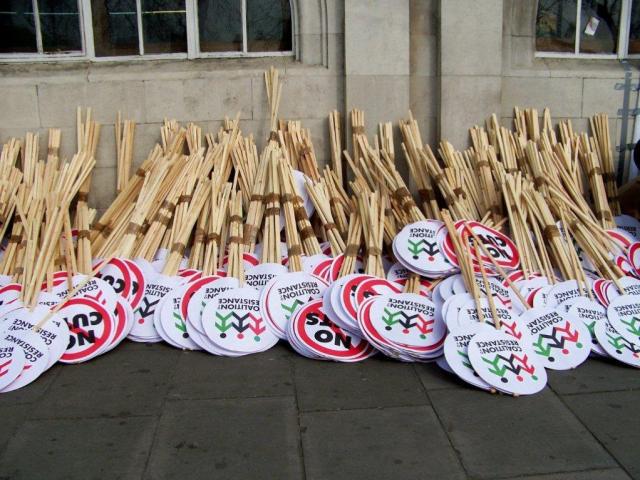 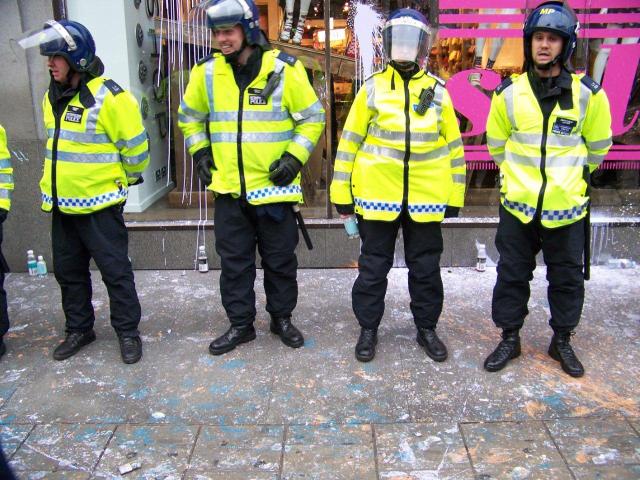 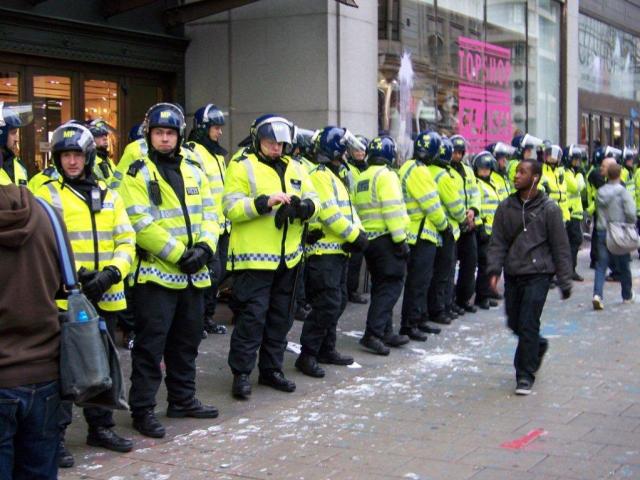 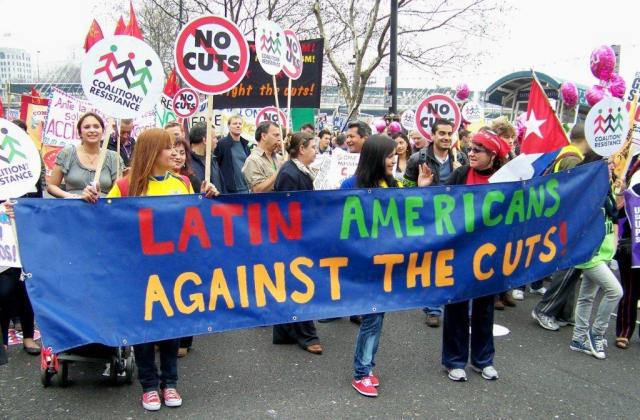 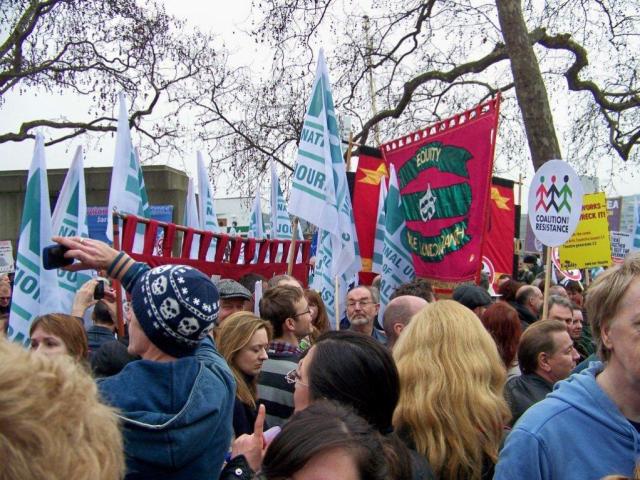 The NUJ, Bectu, the Musicians Union and Equity jostle for position at the start of the march. Equity look like they are the winners. But there again they might just be acting 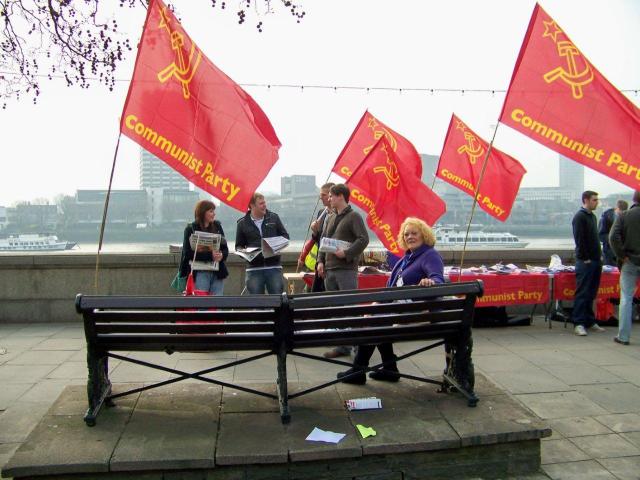 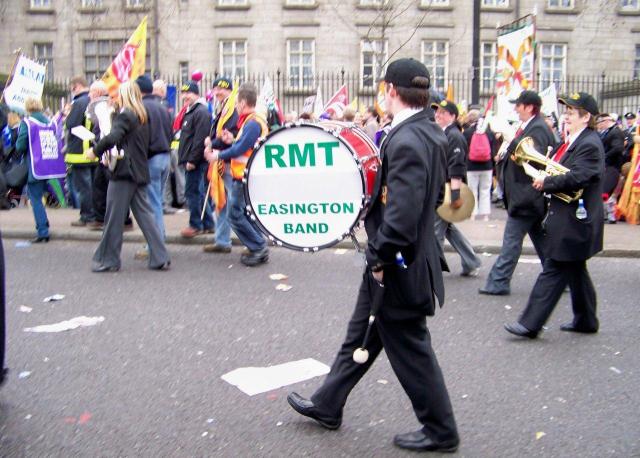 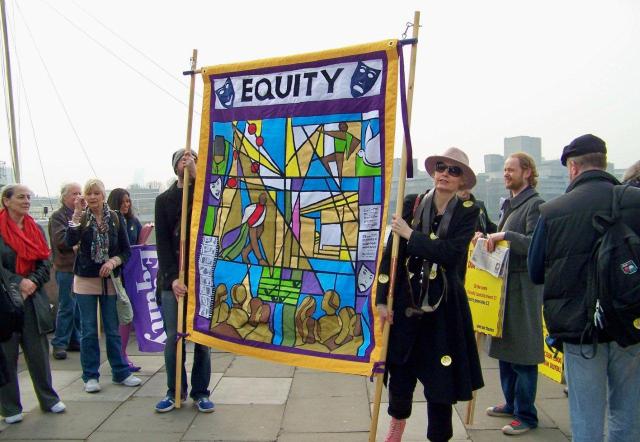 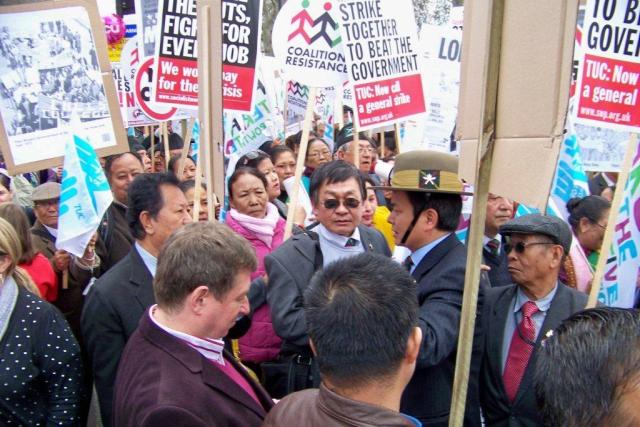 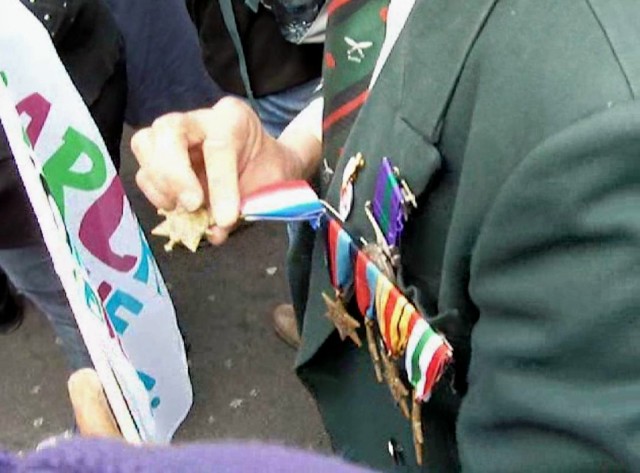 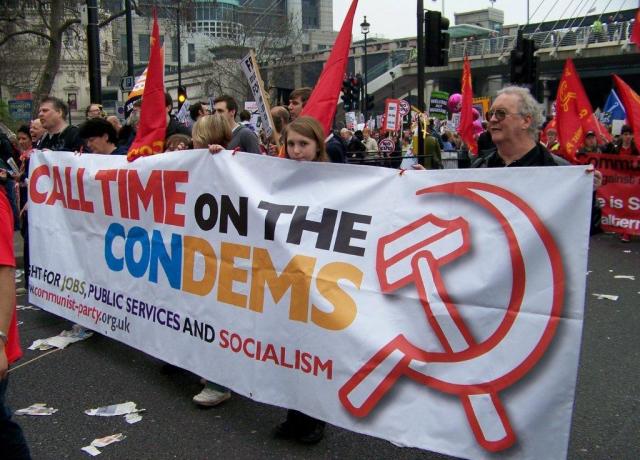 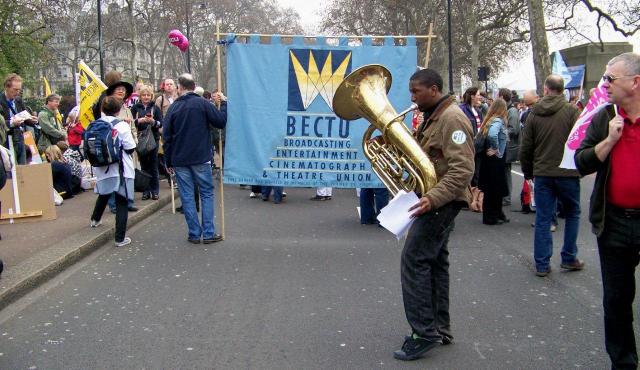 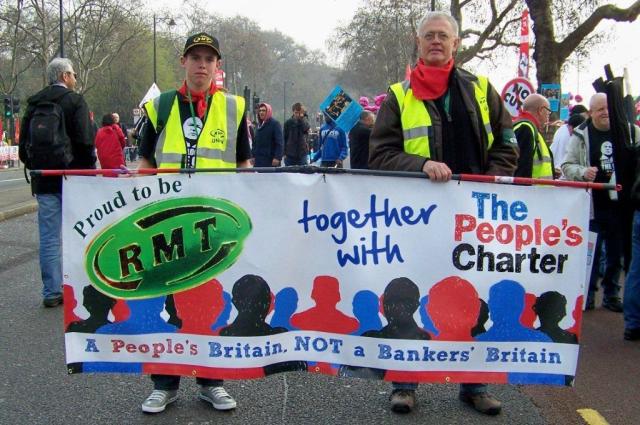 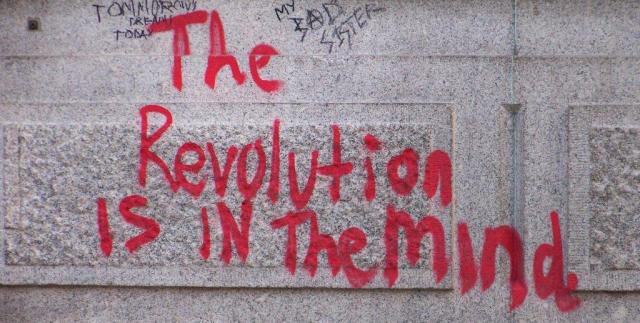 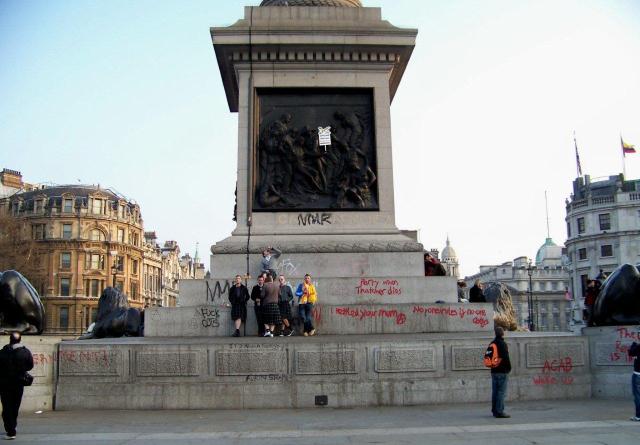 Twenty-four hours later, Scotland fans feeling dejected after their game against Brazil look around Trafalgar Square and wonder what’s been going on

4 Responses to A Long Short Walk for Jam Tomorrow